The Lutsis on Livonian Culture Day

The researchers of the University of Latvia Livonian Institute shared stories of the Institute’s accomplishments during its first year of work during Livonian Culture Day, which took place this year as part of the annual Livonian Festival. Researcher Uldis Balodis spoke about the Lutsis (Ludza Estonians) and the role of the UL Livonian Institute in supporting the efforts by other Finnic peoples in Latvia in developing and maintaining their languages and cultures. There are at least five Finnic communities or descendants of these communities living in Latvia: the Livonians, Lutsis, Leivus, the descendants of the Krevins or Bauska Votes, and the speakers of South Estonian inhabiting the Latvian-Estonian border region. 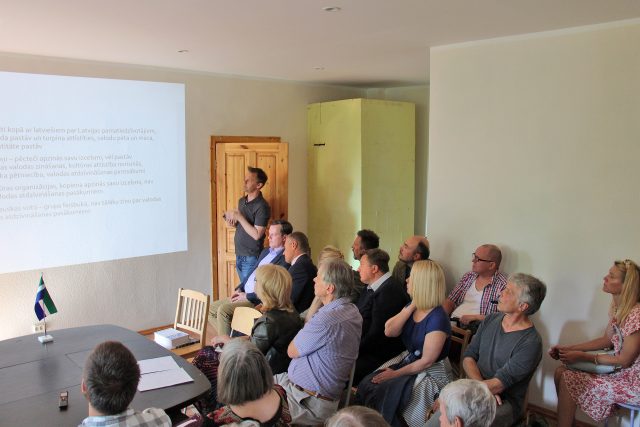 The Lutsis may be the next largest of these communities after the Livonians. Lutsi ceased to be used as a language of daily communication in the 1980s and its last speaker died in 2006, though even today Lutsi descendants are aware of their Estonian roots and can remember a few words, a greeting, or a short sentence in their ancestral language.

Uldis Balodis feels that the UL Livonian Institute could share its knowledge and research experience in designing pedagogical materials for language learning as well as in organising educational events about Latvia’s Finno-Ugrian cultural heritage, to help the Lutsi community effectively and as soon as possible begin creating such materials and organising events about its own language, culture, and history.

During the last five years, the links between the Livonians and Lutsis have strengthened and deepened. In 2015, Livonian Institute director Valts Ernštreits and researcher Uldis Balodis spoke about the Livonian and Lutsi languages at events commemorating the European Day of Languages in Ape and Ludza. In 2017, Ernštreits, Balodis, and other researchers from universities in the Baltic-Nordic region participated in the first-ever Lutsi studies conference “Ludzi kīļ, kultūŗ ni ezämā” (Lutsi language, culture, and homeland), which took place in Ludza. 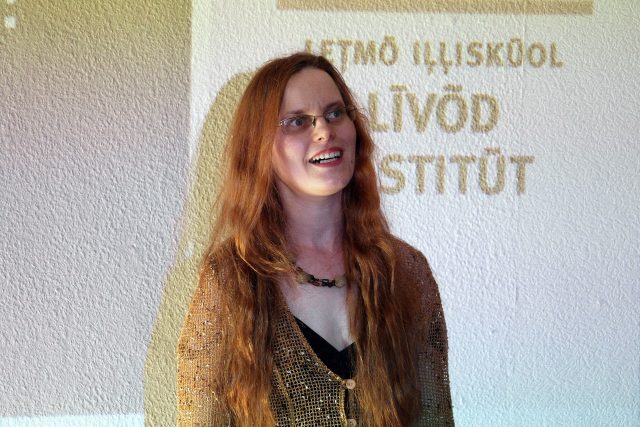