The International Liv Fiends’ Society and the association Līvõ Kultūr sidām (Liv Culture Centre) have come up with a decision to announce year 2011 the International Year of the Liv Language and Culture. The idea is based on a number of reasons both with significant culture and historic value and the reasons of current importance. Consequently, the year 2011 seems to be marked with quite unique events.

In 2011 it is 150 years since the first Liv language grammar book and a dictionary was published in German by A.J.Sjogren and F.J.Wiedemann, in the Russian Academy of Sciences, Petersburg. The book also contained the first samples of the Liv folklore, poetry and religious texts.

90 years ago the first non-religious book in the Liv language was published – Līvõd ežmi lugdõbrōntõz (The First Liv Language Reader), the start of a series of article collections by the Estonian Academic Native Language Society (Akadeemiline Emakeele Selts). 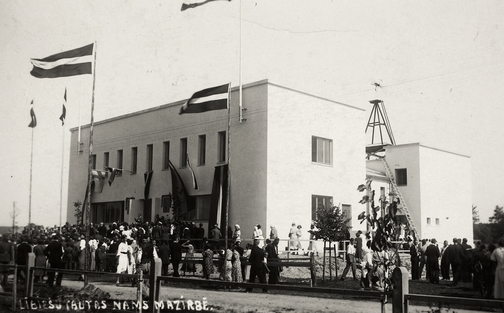 80 years have passed since supported by the Finnish Academic Club of Related Nations (Akateeminen Heimoklubi) the first Liv periodical, a newspaper Līvli saw the daylight, while 75 years ago Kārlis Stalte, a Liv, wrote the first Liv language ABC commissioned by the Estonian Academic Native Language Society. Five years ago its manuscript was found in the State Archives of Estonia.

20 years ago the State Protected Culture Historic Territory Līvõd rānda (The Liv Coast) was founded and the Livs were declared indigenous nation in Latvia following the Law of the Republic of Latvia On Free Development Of National And Ethnic Groups And Their Rights To Culture Autonomy. Also, it is five years of livones.lv next year, the Liv culture and language portal, the only mass medium to provide information in the Liv language, in Latvian, English and partly in Finnish and Estonian.

The Liv language and culture is not only a historic value covered by the dust of long centuries. It is still a source of significant research to make our modern culture richer and to lead to discoveries of both scientific and practical value.

In 2011, the so far most voluminous Liv-Estonian-Latvian dictionary will be published in Estonia. It is compiled by prof.em. Tiit-Rein Viitso, the most outsatnding contemporary Liv language researcher, based on a variety of Liv text samples including the collected material by Pēteris Dambergs, a Liv. The new dictionary which contains also the grammar of the Liv language is going to be a perfect study aid with authentic language samples.

On 10 December, 2010, at the University of Tartu,Valts Ernštreits was conferred a doctor’s degree for his first original research The Formation of the Written Liv Language. In 2011, a book will be published based on the same research, followed by an impressive collection articles The Livs. International scientific conferences, exhibitions and other events in Latvia and Estonia will be held

During the International Year of the Liv Language and Culture, University of Tartu, Estonian Language Institute, Native Language Society (Estonia) will be the main cooperation partners of the International Liv Friends’ Society and Liv Culture Centre while the Latvian partnership is represented by Latvian Academy of Sciences, Latvian Language Agency, Latvian National History Museum, etc