Official recognition for the significant heritage of the Livonian cultural space

An official ceremony on March 29th at the Krape Community House recognised the individuals who had nominated the seven different aspects of cultural heritage recently added to the Latvian National List of Intangible Cultural Heritage. The recipients included the Livonian Culture Centre (Līvõ Kultūr sidām), which, along with the Livonian Union (Līvõd Īt) and the Ventspils Livonian association “Rānda”, nominated the Livonian cultural space for inclusion in this list. 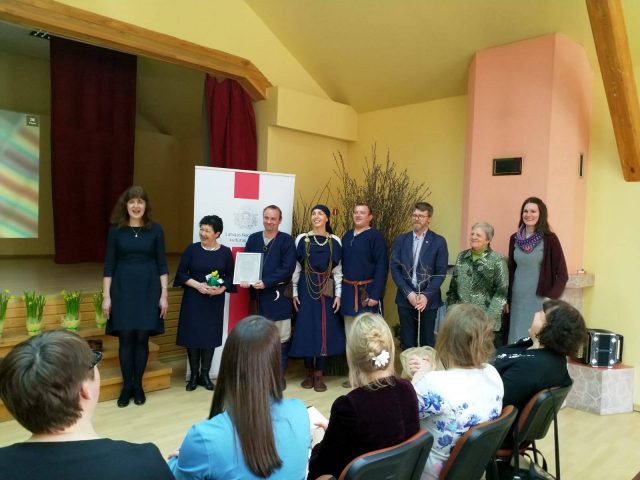 And here are the words of the Secretary-General of the UNESCO Latvian National Commission Baiba Molnika, which she spoke at the solemn moment when the Livonian cultural space was officially added to the list: “Livonian traditions give us the ability to know our roots. They provide us with a thread we can use to create a new cloth that binds together ancient lifeways with patterns that we ourselves create recognising that a cultural space is a living, breathing place that tells the story of Latvia and its people to the rest of the world.”