The article searches for an answer to the question whether Estonian runic songs contain references to Livonians. Using the materials from the database of Estonian runic songs, the article observes some names of countries, rivers and towns. The name of Courland proved to be extremely popular; it appears, however, in very different contexts. Thus, concrete place names have been used as generalisations for distant lands. Among town names, both Riga and Võnnu (Latv. Cēsis) are obviously centres of the Teutonic Order like the Estonian towns mentioned in parallel verses. As hydronyms are generally ancient, the names of rivers (Salatsi, Latv. Salaca; Koiva, Latv. Gauja; Väina, Latv. Daugava) proved to be the most interesting. First, their distribution area is concrete and expressive: The Salatsi is known in South-West Estonia, the Väina in South-East Estonia. The Koiva is like a connecting link, as it appears as the parallel word of both the Salatsi and the Väina. The names of these three rivers have been used in clearly mythical songs where they denote dangerous places connected with the otherworld. 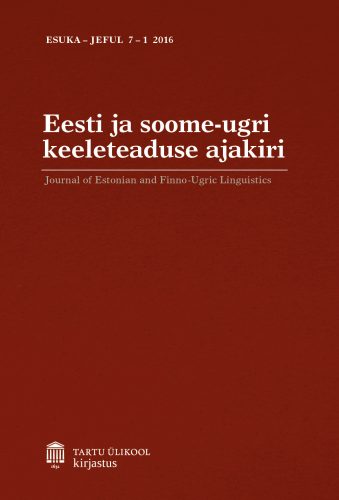