The Livonians in ancient times

The Finnic and Baltic tribes who are the ancestors of the Livonians and Latvians entered the territory of modern-day Latvia in the Late Bronze Age. The Livonian nation had come into existence by the 12th century and later merged with the ancient Baltic nations of Latvia – the Latgalians, Curonians, Semigallians, and Selonians – forming the Latvian nation. The Livonians are first mentioned in historical records at the beginning of the 12th century in Nestor’s “Tale of Past Years”, also called the “Primary Chronicle”.

The Livonians are named in 1181 as part of the armies of Polotsk when they participated in the march by the princes of Kiev and Chernigov against Prince David of Smolensk. It may be that the Livonians also are found in an account of the legendary Battle of Brávellir in the eighth volume of Saxo Grammaticus’s work on Danish history Gesta Danorum. Additionally, the name of Livonia (Iflanti~ Liflainþi) appears on two Scandinavian rune stones dating to the first half of the 11th century. 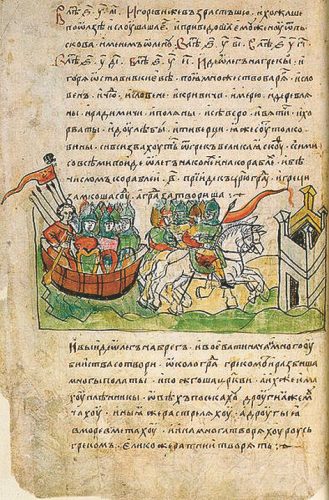 Livonian culture flourished in the 11th and 12th centuries. With the 13th century, other sources also mention the Livonians: contracts, documents, and descriptions of their customary law. At this time the Livonians can be considered an ethnicity with its own identity, as they are treated as a separate group in written sources.

Nowadays it is no longer possible to say with certainty what was the source of the name of the Livonian people or what its original form was in Livonian. The Latin livones used in the Livonian Chronicle of Henry and the German Liven was most likely borrowed from a term already in use for the Livonians in Scandinavia and later borrowed from German into other languages including Estonian and Modern Russian. In ancient Russian sources the Livonians are referred to by name in the 11th century (либь ~ любь) and this corresponds to the term lībieši used by the Livonians’ closest neighbours – the Latvians – which is first attested in the 14th century. The Livonians also referred to themselves as līb roust (in Vidzeme) or rāndalizt (in Kurzeme). Modern Livonian uses the term līvlizt, which was borrowed from Estonian in the 1920s.

Based on archaeological and written sources, five large regions can be identified in Latvia at the end of the 12th century as having been inhabited by the Livonians: Northern Kurzeme, the Lower Daugava, the Lower Gauja, Metsepole, and Idumeja. The Daugava region included the Rīga, Salaspils, Ikšķile, Lielvārde, and Aizkraukle Livonian areas. The most well-known Gauja Livonian leaders are Caupo, whose castle was located where Turaida Castle stands today, and Dabrelis with his Satesele Castle in Sigulda. The major population centres in Metsepole were located near present-day Skulte, Liepupe, and Limbaži; however, the Metsepole Castle itself, which is mentioned in written sources, has yet to be found. The Idumeja Livonians lived mixed with the Latgalians. This region was located on the right bank of the Gauja between the Jumara and Brasla Rivers with its centre near present-day Straupe. 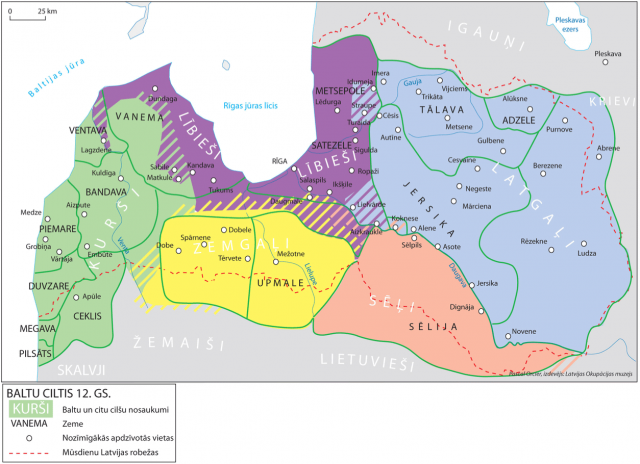 In the early 14th century, the Vidzeme Livonians gradually began to assimilate into the Latgalians and other Baltic tribes of Latvia laying the foundation for the development of the Latvian language and people. It appears that Livonian was spoken in the Daugava and Idumeja regions until the 15th-16th centuries, in the Gauja region until the 17th century, but in the Metsepole region up until the mid-19th century.

In the 16th-17th centuries, Livonian was spoken in northern Kurzeme as far as the Abava River Valley and south of Kuldīga. At that time the Livonians began to adopt Latvian, which had already developed as a language in Vidzeme, and the area inhabited by them began to shrink. By the early 20th century Livonian was only spoken in twelve fishing villages in northern Kurzeme, known today as the Livonian Coast.