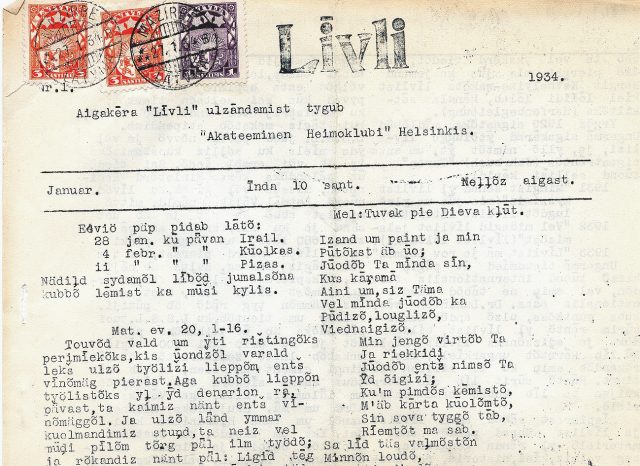 Livonian is listed in the UNESCO Atlas of the World’s Languages in Danger as a critically endangered language. The status of Livonian in Latvia is defined in Article 4 of the State Language Law: “The state ensures the preservation, safeguarding, and development of Livonian as an indigenous (autochthonous) language.” Since 2009, the Livonian language, as a component of Livonian traditional culture, has been included in the Latvian cultural canon.

In the 19th century, Livonian still had approximately 3000 speakers, by the mid-20th century around 1500 speakers, but presently there may be at best 30 people in the world who can communicate in Livonian. The number of individuals who have learned the basics of Livonian, however, continues to increase.

Knowledge about Livonian and also proficiency in it is important for understanding the nature of Latvian, as both languages have influenced each other through longstanding contact. Though it has few speakers, Livonian is important for those researching Uralic languages, as it is unique and contains many ancient features. Likewise, language knowledge is fundamental for the Livonians themselves, as it has been precisely language which has always been at the foundation of their sense of identity.