The Livonian Community House in Mazirbe, dedicated on August 6, 1939, stands as a symbol of cooperation between the Livonians and their linguistic kin – the Estonians, Finns, and Hungarians. Over time the Community House has become one of the most recognized symbols of the Livonians within Latvia and beyond.

The Livonian Union built the Community House in close cooperation with Finnish and Estonian partners who secured the necessary financing for the project from their governments.

Though the idea of the Community House was conceived of already in December 1927, it took nearly ten years for its construction to begin in earnest. The catalyst was the Estonian government’s announcement in January 1937 that it would give 10 000 kroons to the Community House if the Finnish government would donate a proportionally equivalent amount. The Finnish government followed suit in 1938. Altogether the following amounts were donated: 38 500 lats from Finland, 14 700 from Estonia, 15 000 from Latvia, 13 000 from the Livonians as well as a small amount from Hungary.

Following a Finnish suggestion, the sketches for the project were ordered from the Finnish Functionalist architect Erkki Huttunen. Latvian architect Visvaldis Paegle was responsible for the building’s detail design and brining it into accordance with Latvian building codes. The Latvian Construction Department approved the project on August 8, 1938. Already on October 3rd the foundation stone for the building was laid in a special ceremony and the Livonian Community House was opened on August 6, 1939 with a large celebration that included a wide-ranging cultural program.

Unfortunately, the Livonians were not able to enjoy the new Community House for long, which they were forced to leave for a short time following the 1940 Soviet occupation and then for many decades following the end of World War II. During the Soviet period, the building served as a venue for concerts, dance and cinema nights, as well as office space for various local authorities such as the rural soviet and the Slītere Nature Reserve. 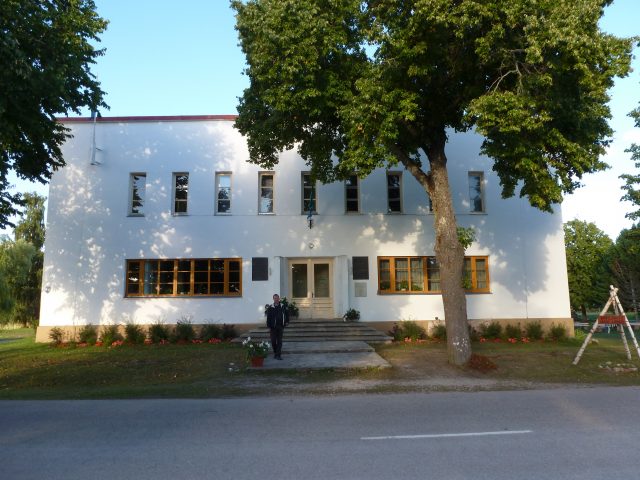