Livonian economic activity was mostly determined by their environment – sea, forest, and land – and as such did not differ much from that of people living in other coastal areas of Latvia. Their main sources of income were coastal fishing, agriculture, and livestock. Prior to Latvia’s independence in 1918, the Livonians’ economic life proceeded under the stringent oversight of the manor and until their homes were sold to them, the Livonians’, and also coastal Latvians’, economic life was regulated by their lease agreements. Later on there was more freedom in managing one’s own household.

Fishing was the most important part of the village economy. Men were mostly those involved with this trade. The fish that were caught could be sold to local buyers or taken to Rīga, handed over to a fishing cooperative, or sold at the markets in Dundaga and Valdemārpils. Another option was offering the fish for sale to farms near the coast or exchanging them for farm-produced goods. Fish were sold both fresh and processed. 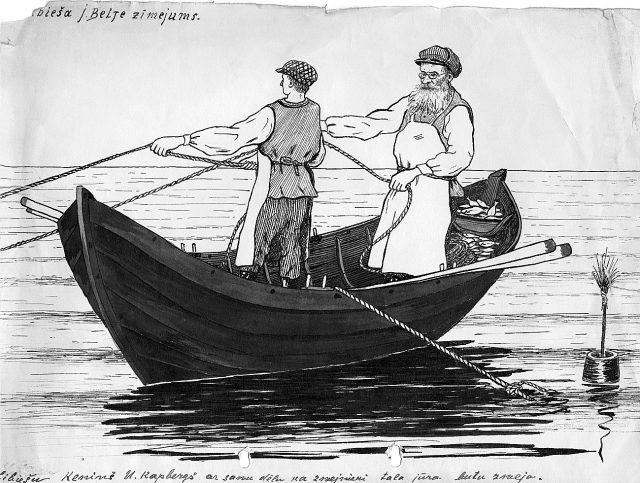 The sale of sprats was a good source of income, as in the 1890s fish processing plants were opened in a number of coastal villages. Flounder, cod, herring, and eel, as well as other fish were caught in the waters off the Livonian Coast. Women were responsible for processing fish, repairing nets, tending livestock, growing potatoes. Some households grew so many that they were even able to sell a part of their harvest, while others did not have harvests large enough to meet even their own needs.

At the end of the 19th century, spring crops were the most common ones grown by the Livonians. These included barley, oats, spring rye, and potatoes. In the garden plots by their homes they would grow carrots, red beets, cabbage, and pumpkins. Occasionally, some homes also had a berry bush or apple tree in their garden, but generally fruit trees and berry bushes were uncommon, because they did not grow well in the sandy coastal soil. Gardening began to develop in the 1920s and 1930s when its usefulness was widely promoted in the scientific and popular press. 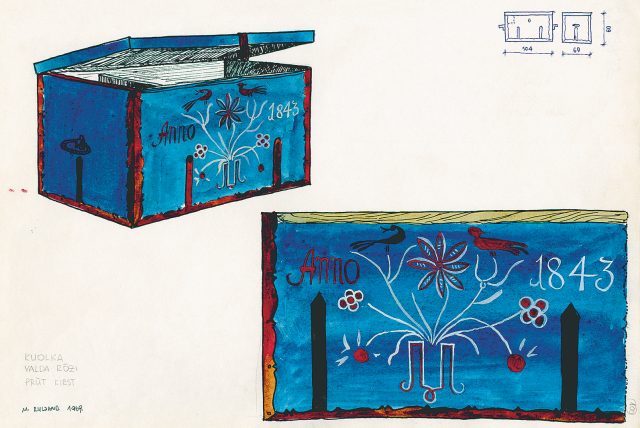 Livestock were raised for a family’s own needs, though some households also raised pigs for sale. The main sources of income in the winter were associated with the forest, though women also made money by repairing fishing nets. Another source of income was gathering pinecones, which were used for hot smoking flounder and herring. There were also tar-producing plants on the shore. Yet another way of making money was by picking and selling berries – primarily, lingonberries and bilberries. 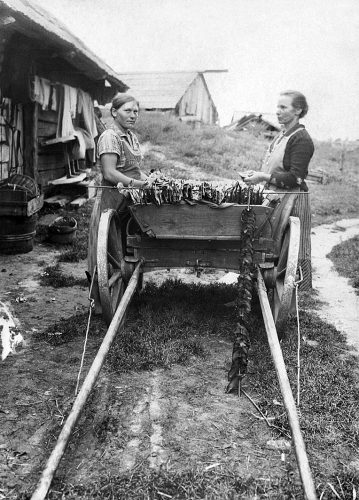 However, at the end of the 19th and beginning of the 20th century, changes were also taking place in the Livonian communities. The residents of these fishing villages were now often professional sailors who had received their education at nautical schools. The Dundaga Nautical School was the oldest in Kurzeme and first began operating in Ģipka in 1869 and later moved to Mazirbe. The Livonians were also known to have talented craftsmen and boat and ship builders among them.