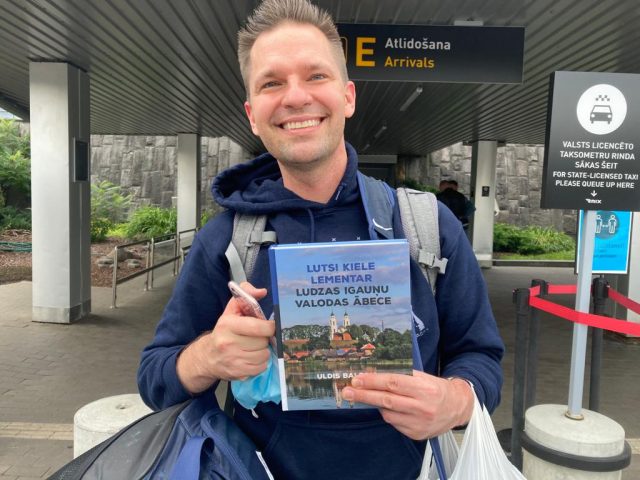 Uldis Balodis with a fresh copy of the Primer at Riga airport in the beginning of September.
Photo by Valts Ernštreits

The book, published by the UL Livonian Institute in cooperation with the Ludza Town Library, introduces a unique and lesser-known part of Latvian and Latgalian cultural and historical identity – the Estonians of Ludza and their language. Its author is Uldis Balodis, a researcher at the UL Livonian Institute, who has been studying the Ludza Estonian language since 2013 and documenting the current situation in several dozen villages around Ludza, where Ludza Estonians used to live.

The book not only informs the reader about the Ludza Estonian language, but it also provides information about the history of the Ludza Estonians and their populated area, which was located north, south and east of Ludza. It is one of the three “islands” of southern Estonian languages ​​outside Estonia. Interestingly, the closest relative languages are Estonian and Livonian. As Ludza’s Estonian or Lutsi language was historically used only for mutual communication, it did not have a standardized spelling. The writing principles of the Lutsi language used in the book have been developed by the author of the book, combining the principles of Latvian, Latgalian, Estonian, Võru and also Livonian written languages. 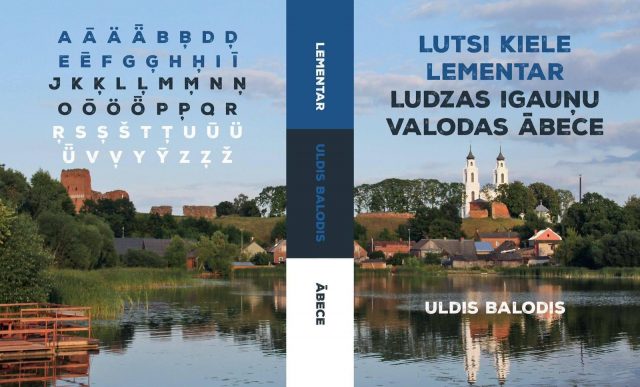 In the primer, there is a page dedicated to each letter of the alphabet, highlighting the word, giving example sentences, as well as photos related to this word from the everyday life of historical and modern Ludza Estonian villages and Ludza. A Latvian-Ludza Estonian-Latgalian dictionary is also attached to the book.

Uldis Balodis says about the book:

“By learning the Ludza Estonian language, we give life to a part of the ancient diversity of Latgale and Latvia. Remembering at least a few words of Lutsi language, we ensure that this part of our history will not disappear, but will continue to exist...”