A tale of an old photograph 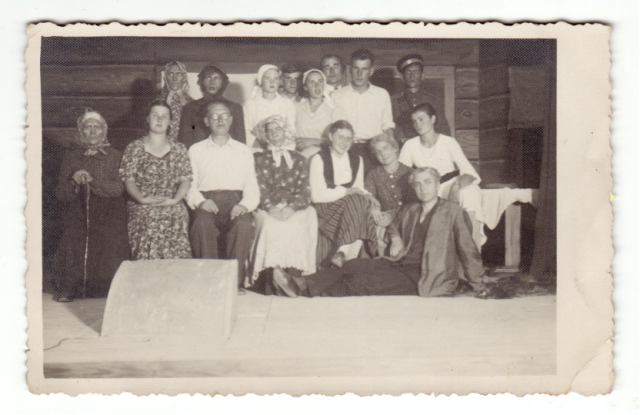 Photograph from the opening ceremony of the Livonian National House on August 6, 1939. From the archives of B. Šuvcāne.

In the autumn of 2020, the archives of the UL Livonioan Institute were supplemented by materials collected by Livonian activist and the heritage custodian Alvīne Veinberga (1926–2019). Among the materials was a photograph from the opening ceremony of the Livonian National House on August 6, 1939, in which two plays were performed: “Night and Day” and M. Zīverts’ “Tīreļpurvs”. 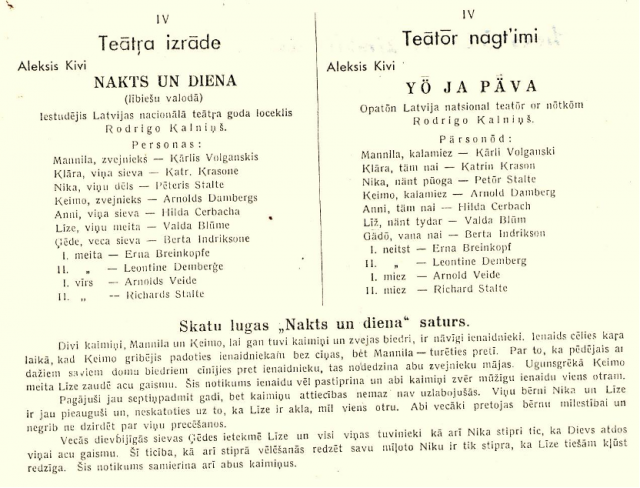 The play “Night and Day”.

Participants of the performances Aleksis Kivi’s “Night and Day” and Mārtiņš Zīverts’ “Tīreļpurvs” at the opening of the Livonian National House
August 6, 1939

First row from the left:

Second row from the left: