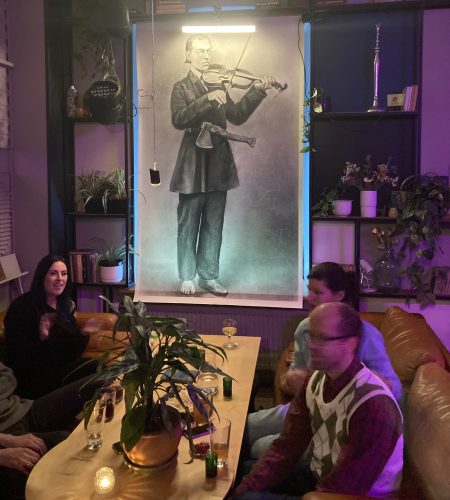 The portrait of Niks Polmanis

Recently, a large-format portrait (122×207 cm) of Nick Polmanis from the director’s Uģis Olte upcoming feature film “Upurga” has been added to the collection of the UL Livonian Institute. The portrait, for the purposes of the film, was drawn by Lāsma Olte, and was based on the only photograph by Nick Polmanis, in which he is seen with a violin and an ax stuffed behind his belt. 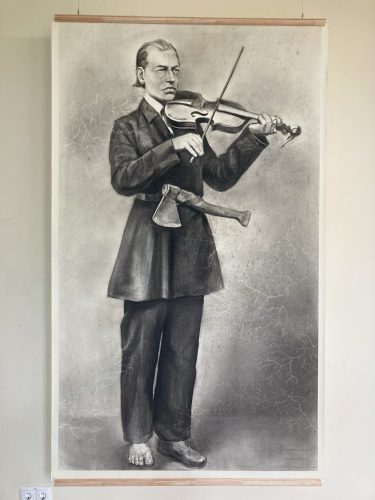 Niks Polmanis, born in Vaide, Lāžu Home on May 3, 1823, was the first professionally educated teacher among the Livonians, one of the first ones to translate books into Livonian. He played an important role in the cultural and historical processes of the Livonians of the 19th century, including in the events of the so-called Livonian uprising, during which Livonian fishermen opposed the disproportionate rent proposed by the Baron of Dundaga. For this he had to flee from his native Livonian Coast, with the help of Krišjānis Valdemārs he settled in the province of Novgorod, where he also died in March, 1903. Niks Polmanis had taught his students that “a person’s happiness is not when there is a lot of wealth, but when there is lightness and honesty of the mind” (Šuvcāne 2015, 56).

Uģis Olte’s upcoming feature film “Upurga” tells the story of a guide who loses his sister and her colleagues (a filming crew who came there to film an advertisement) in the valley of a wild border river. In the valley in which they stumble, a natural phenomenon flourishes in the autumn, from which even the locals who keep their story are not immune from the insane power. 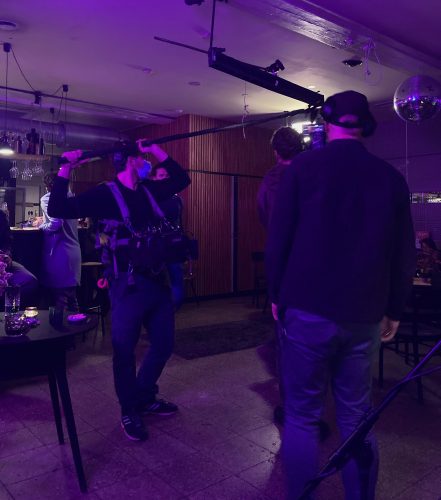 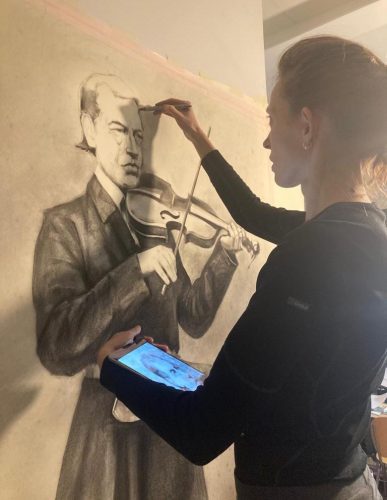 During the making of the film, its director and screenwriter had an idea, creating images of the locals who guarded the secret of nature, depicting the little-known Livonian world and its motifs. One of such motifs is the portrait of Nick Polmanis in the film’s café scene. Interestingly, in Niks’ photograph, which was in the artist’s possession, his legs were not visible, so while creating the portret the artist, allowed her imagination to decide what Niks Polmanis would have wanted to see in the full image.