The Big Day of Bird Waking

Traditionally, the waking of birds occurs on the first Saturday after the spring solstice, and this year the spring begins on March 20 at 5 and 50 minutes. Bird waking is an ancient Livonian ritual traditionally held on the spring solstice morning or the first Easter morning when the song “Tšītšōrlinkizt” is sung, which is said to be of magical nature. The lyrics and more about tradition can be found here.

Not only does the wake-up ritual hasten the arrival of spring, it also has a magical powers: it strengthens your health and helps fulfill the desires of the heart. We invite you to post your captured bird waking photos and videos on the social media with the hashtag #tšītšōr or send them to info@livones.net.

In the UL Section of 78th International Scientific Conference “DIGITAL LATVIAN LANGUAGE RESOURCES AND TOOLS IN COMMON RESEARCH INFRASTRUCTURE” Valts Ersnštreits talked about the electronic resources for Livonian language, its future and projects that are currently being worked on.

On the broadcast 900 seconds a little on the Livonian Cultural Space’s movement towards inclusion into the UNESCO List of Intangible Cultural Heritage.

The UL Livonian Institute participates in a discussion about the future cultural policy of Latvia!

The Ministry of Culture of the Republic of Latvia held one of the discussions on the new Cultural Policy Guidelines 2021–2027. A wide range of professionals met in discussions to prepare the new document. This document is being drafted with wide involvement, exchange of views and ideas, so that it can serve as a reference for the years to come.

Children and youth of the school “Mierlinkizt” study Livonian in a Memrise course created by Reinis Zumbergs and children themselves.

You can read more about the Livonian language week here.

Participating in the International Scientific Conference “Language in Society” to commemorate the 147th anniversary of academician Jānis Endzelīns.

The Embassy of Hungary in Latvia visits the UL Livonian Institute.

The sound of Livonian on Radio1 Latvia.

Head of the Rozentals Society of Finland, Jenni Kallionsivu visited the Livonian Institute.

During the first meeting, opportunities for collaboration were discussed, i.e. Involvement of the Liv Institute in organizing this year’s Zemgale Russian gathering.

Together with the Livonian children and Līvõd Īt, we unveiled the 150th anniversary year of the Livonian poet K. Stalte.

An article by Uldis Balozs, a LU LI researcher, on Ludza’s Estonians funded by the Finnish Kone Foundation.

Winter meeting with the Livonian children and youth participants of “Mierlinkizt” summer school.

The topic of the meeting – Kārlis Stalte.

2020 is the 150th anniversary of the birth of the outstanding Liv culture worker Kārlis Stalte (August 9, 1870 in Mazirbe – January 12, 1947, in Feberlina). Many events will be directly related to his name in the Livonian cultural space this year. 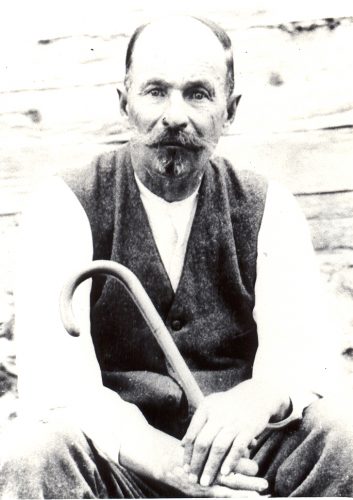